Do you remember your 21st birthday? Did you drink until you blacked out? Maybe mix too many liqueurs and puked in your Kate Spade satchel?

My 21st birthday was unconventional, I guess you could say. When I pictured myself turning 21, I wasn’t picturing a scene out of Coyote Ugly. Not that there is anything wrong with dancing on a bar and getting bought countless drinks (seriously girl, do your thing) but have you met me? No thank you. I prefer fine wine and being in bed by 10 pm.

I also don’t like planning my own birthday. I am lucky to have a boyfriend that not only takes the lead, but plans things for me that I wouldn’t have even thought to plan for myself. So I did as any normal passive aggressive girl would do and asked one thing from my boyfriend; to plan my 21st birthday. Think of him as a fairy godboyfriend. If I ask for something or let him take the lead on planning an event, he goes above and beyond what any normal boyfriend would do. He’s amazing. Seriously.

My 21st was no exception. My boyfriend and I have been truly blessed when it comes to the opportunity of dining at 5 star restaurants around Seattle. I’ve checked most of them off my list, especially anything near the water. So as we drove down Aurora Ave my mind raced. Wherever we were headed it was clearly somewhere I haven’t been.

We arrived at Canlis and my first thought was “Who’s house is this?” If you haven’t dined at Canlis before you wouldn’t know that it is in a very random spot and looks like a house from the 60’s. Built into the hill, over-looking Lake Union and Gas Works Park. the restaurant itself had a very intimate vibe. It wasn’t expansive, but the amount of servers was unreal. We showed up right when the restaurant opened at 5:30 and all the staff members were having a pow-wow. Our table wasn’t ready yet, so we sat ourselves down at the bar and order a couple martini’s, and thanks to the bartender, an order of truffle fries. 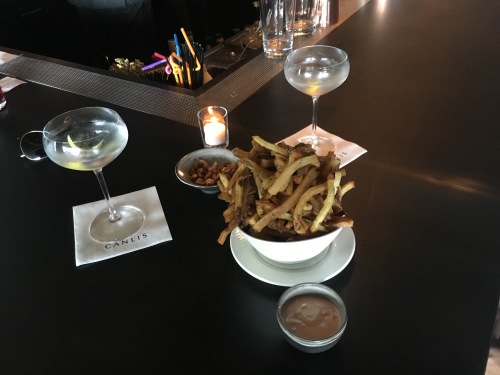 I’m not a huge truffle person. It’s pretty decedent to me, although good in small doses. These fries changed my whole world. The serving was big enough that we didn’t even finish it. These fries were on the softer side which was good under this truffle induced circumstance. Normally I would go for a fry triple deep fried aka the crispiest you can get it, but I digress.

Once our table was ready our server for the night found us and brought us to the best table in the house. The table was meant for a family of four, but with the way Blake and I eat, that was appropriate. In all seriousness, that was one of the things that I loved about our experience at Canlis. Our giant table meant we both got to sit on the booth side, enjoy the amazing view, and have our food/drinks spread out making the presentation gorgeous.

What I really wanted for my birthday was a marvelous bottle of wine. Canlis had an extensive wine menu, all of which I’m sure would have been fine choices, but with the restaurant markup all way too overpriced. Instead, we brought a bottle and had it uncorked at the restaurant. 2012 Moone Tsai Howell Mountain Hillside Blend. A gorgeous red wine that I believe to this day was picked straight from the gods to fit so wonderfully with this meal. 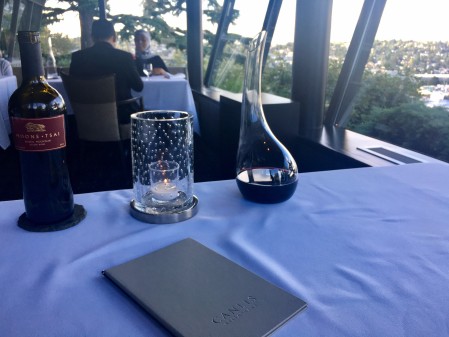 Canlis’ menu is clean and gets right to the point. You have the option for a three course or four course meal. Or if you don’t have the appetite of a caveman, you can always just go in and get yourself a fantastic filet and be on your merry way. I needed to try a little bit of everything, but didn’t want to be overeager, so naturally three courses it was.

Appetizer: At the time when we went they offered the Peter Canlis Prawns as one of the appetizers. These prawns were unlike anything I had ever had. With a vermouth foam and edible flowers added to the mix, the creamy and soft texture of the shrimp were what dreams were made of. I mean have you ever had prawns with foam? Granted you only get three pawns as an appetizer, I still found it amazing. Blake had the Canlis salad. A tradition at the restaurant, and luckily enough for us, they offer the recipe online. If we were to dine there again, I would still always choose something a little more adventurous than a salad. But hey, it was a damn good salad. 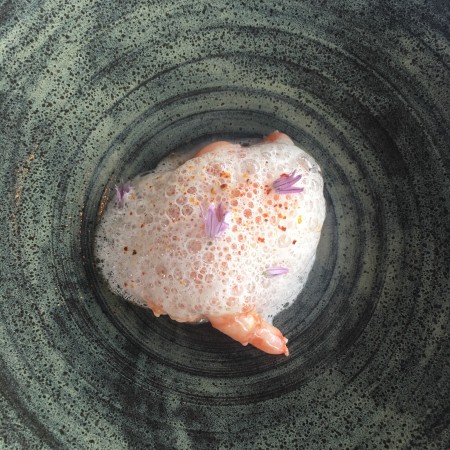 Main Course: I never ate steak until I met my boyfriend and now I love steak so long as it is a filet mignon from John Howie. I don’t ever crave steak, but I won’t pass one up if it’s made for me. I’m working on making them at home because well, sometimes you have to ball on a budget. Anyways, as predictive as I try not to be, my main course was the Filet. It was so buttery and delicious, it melted in my mouth immediately. Served so beautifully with creamed spinach in the shape of three dimensional leaves, cipollini onions and wild mushrooms. 10/10 would sell my soul for this steak again.

Dessert: There probably isn’t one bad thing on the dessert menu. I’m guess you could order the sorbet and your world would be changed. I’m not picky with my desserts. I love a flour-less chocolate cake, or the classic Crème brûlée. This time around I went with the Soufflé. Which is described as a “Canlis Classic” that is well worth the 30 minute wait. This wasn’t any normal Soufflé. It was an edible cloud and it came with a crème anglaise that was meant to be poured right into the middle of it, once cracked open. I died. Blake on the other hand went in a way different direction with the Banana Mousse. I’m not sure where the mousse part came from cause there was nothing mousse-y about it. Regardless, an exquisite choice. The combination of a chocolate ganache shell, peanut butter, and thick cookie crust was to die for. 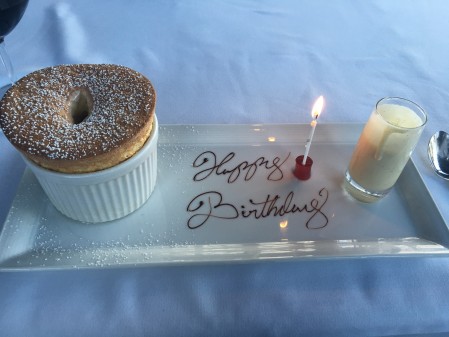 Once we were done with our desserts, our server approached us with this vintage looking wooden box. Inside was an assortment of miniature macaroons. Which if you know anything about me you know at this moment I probably started to tear up because hello, macaroons are life. The flavors of the night were Earl Grey and S’mores. I died, again. Earl Grey wasn’t nearly as herbal as you would think. S’more was by far both of our favorites and if I could have taken that entire box home, I would have. 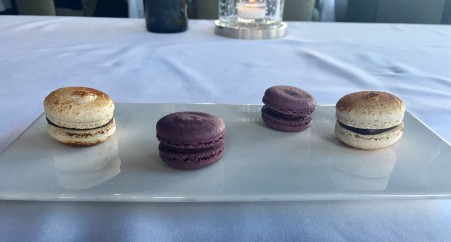 Overall, this experience was unlike anything I’ve had before. Everyone who worked there was so involved in making it a special evening. They knew us by name, knew what we were celebrating, even knew what car we drove.Fun fact; there isn’t an actual “Valet” at Canlis. Instead, they just take note with each guest what their car is, and are in communication with the server as far as when they are expected to leave. So as soon as you step outside your car is waiting for you. Too cool.

It is a pricey restaurant, and reservations are required for the dining room. However, if you are walking in and just want a good drink and some tasty appetizers, the lounge welcomes you.